Photo by Jonathan Velasquez on Unsplash

It should be obvious… but there are so many definitions that overlap. So which is the correct one? What is the difference between a voice-over, voice-actor, a narrator.

The first question is do you mean the recording itself or the person doing it?

It varies from country to country, but certainly in the UK, a ‘voice-over’ can be a short-hand for ‘voice-over artist’, the person performing a voice-over recording, or for the actual recording (the audio).

Traditionally, ‘voice-over’ originated as the recording of a voice, ‘over’ other content, where you don’t see the person speaking.  In visual-broadcast, they are off-camera and you will see something else happening.  So, it’s a kind of accompanying narrative that supports or explains what’s going on.

How Does Voice-Over Differ From Narration, or Voice Acting or Dubbing?

The nuances here can be subtle…

“Narration” is considered a form of storytelling. (Noun).  “Narrating” being the verb.

“Narrator” is the person performing the narration.  Generally, whenever you read a book or story, you are reading a type of narration.  Also here we encounter a ‘narrative’ which is the story, whereas ‘narration’ is the act of telling it.  A narration can also have one of several ‘points of view’.

What is Voice Acting?

Personally, I would argue all kinds of voice-over is acting to some degree, as you are performing a script, not just reading it.  Some differentiate by saying voice-over is reading not acting.  I would say you shouldn’t ever sound like you’re reading text, but it’s more prevalent in non-acting type work. A corporate spokesperson in e-learning would be more voice-over, whereas the vicious drunk with a Cockney accent in the audio book is definitely acting.  I guess my differentiation would be the extent to which the acting is more or less of a stretch.  As a voice actor, you are playing a character.  The microphone is simply capturing an acted performance… it’s just that you can’t see it.  Voice Acting is not only acting, it can actually be harder, because you are engaging an audience with just one of their senses.

Dubbing is where a voice recording is made in order to replace (or add to) the existing dialogue in a film or recording.  Typically found when recreating content in another language.  For instance, you might be a dubbing actor, who performs Tom Cruise’s role in the French version of one of his films.

ADR is a common dubbing activity.  Additional Dialogue Recording, where an actor might re-record lines from a film or TV scene that they previously shot, but a better version is needed.  A rustle of a coat or something else caused the original recording to not be considered acceptable.  ADR fixes that.

There is also the ‘U.N. style” voice over, which is a form of dubbing where the original speaker’s voice stays at a lower volume, but an alternative voice over in another language is dropped in over the top as a translation.  It’s commonly used in documentaries that interview witnesses in far flung war-zones or charity appeals in other countries.  Hence the name.  Done in this way, to make it obvious whose words are being dubbed and replaced.

Again these terms blur together a little and I can only speak from my own knowledge and experience.

I would say the term Voice-Over Artist is the most popular term.  The use of the word ‘Talent’ appears to be popular with some in the United States.

I used to be a radio presenter in the UK, and I’m aware that presenters in the US are often referred to as “On-Air Talent”.  So I guess it’s a natural step to call Voice-Over Artists, “Voice-Over Talent” or simply “Voice Talent”.  I’ve heard it said that we British are too embarrassed to use the word “talent” in describing ourselves.

I think the distinction between Voice-Over and Voice Acting as defined above, delineates whether you might consider yourself a Voice-Over Artist or Voice Actor.  I certainly think it depends on whether the person comes from an acting background or has actor training.  That, combined with where most of their work is based.  If you do a lot of radio plays, audio books or gaming, I would say you’re an actor, and therefore a voice actor.  If most of your work is in the corporate sector, I would suggest maybe Voice Over Artist.  But it’s debatable and not hard and fast.

The term “announcer” has become a bit of a dirty word in voice over in recent years.  If you think of a host at a live event or on radio, conveying information, but in a somewhat ‘disconnected’ fashion, you’re in the ball-park of an announcer.

In commercial radio, presenters or “DJs” as they are often called, have a certain ‘patter’ that sometimes gives the sensation they are talking ‘at’ you, rather than ‘to’ you.  That’s an announcer right there.  To me the difference here compared with actors is intent. You can hear it.  You can also hear when it’s missing.

In advertising, going back through the decades, products were sold by announcers who adopted a ‘patriarchal’ style.  They told you what you needed to buy, and often in a patronising fashion.  Fast forward to the current day, and a more peer-to-peer approach is used in advertising.  As a listener you buy into the commercial because they’re just like you.

The delivery is completely different.  You’ll hear words like conversational, relatable, friendly or even millennial.

Well… This is a can of worms.

Having checked the dictionary, it would appear “Voice-Over” is the correct spelling for our purposes.  It is a ‘compound word’.  The hyphen shows that there is a relationship between the words to make up it’s meaning.

I’ve been guilty of using ‘Voiceover’ myself over the years.  And voice over too.

There are two considerations here though.  What is the correct term?… and What is the term everyone else uses?

When your client steps onto Google and searches, what do they type and does it matter?

My own take?  Voice-Over is correct and gets more searches.   But it’s more competitive.

Voice Over is common, and is also competitive.  Voiceover is less common, but also less competitive.  Take your pick.  If I use a variety of these, do I look schizophrenic?

Often in the world of voice-over, we look around to see the ‘right way’. The debate over something as simple as the job title shows there are many ways. A little industry knowledge, alongside the work you gravitate toward, mixed with what your clients call you, may help you find your niche and a description that you feel comfortable with. 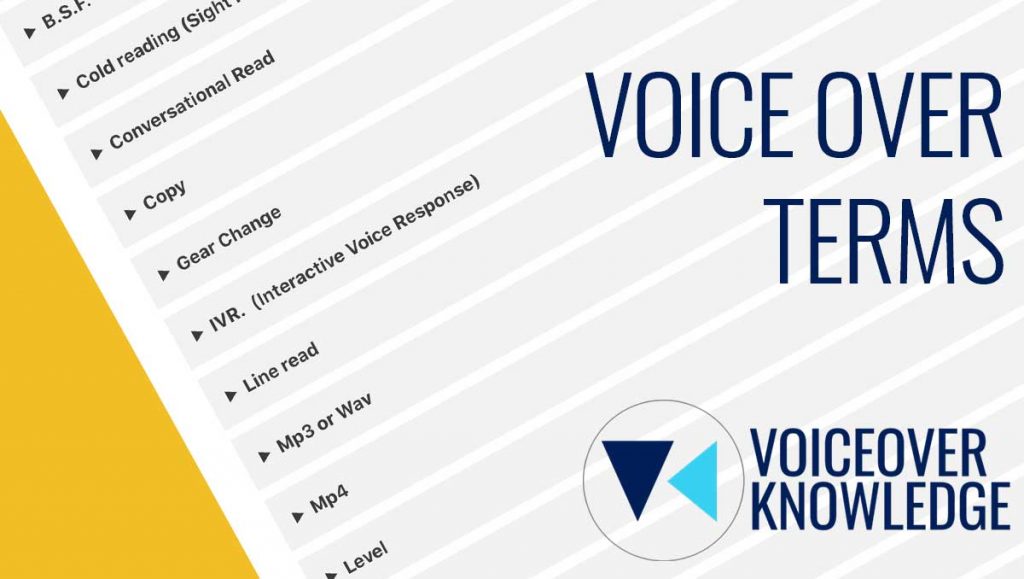 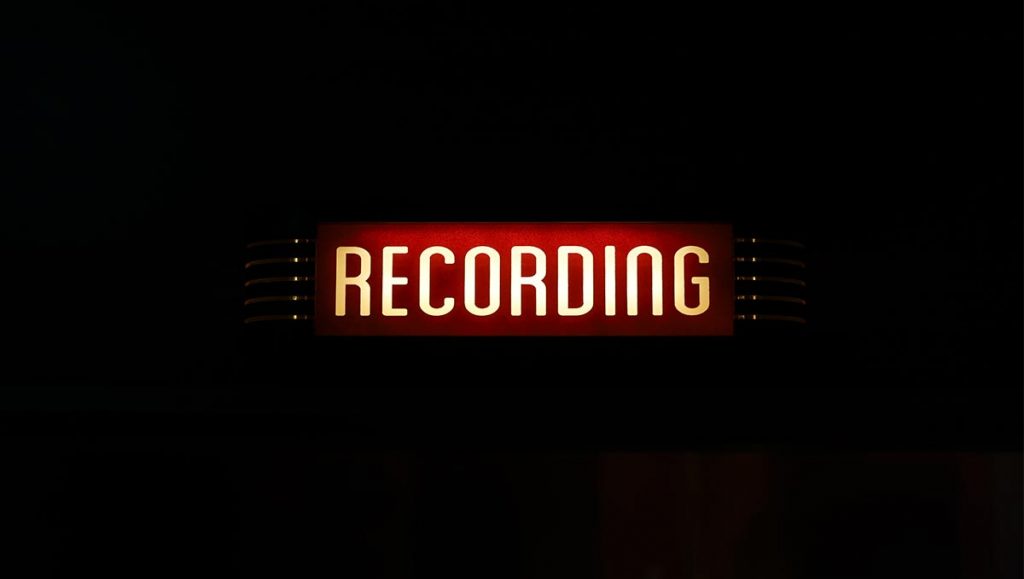 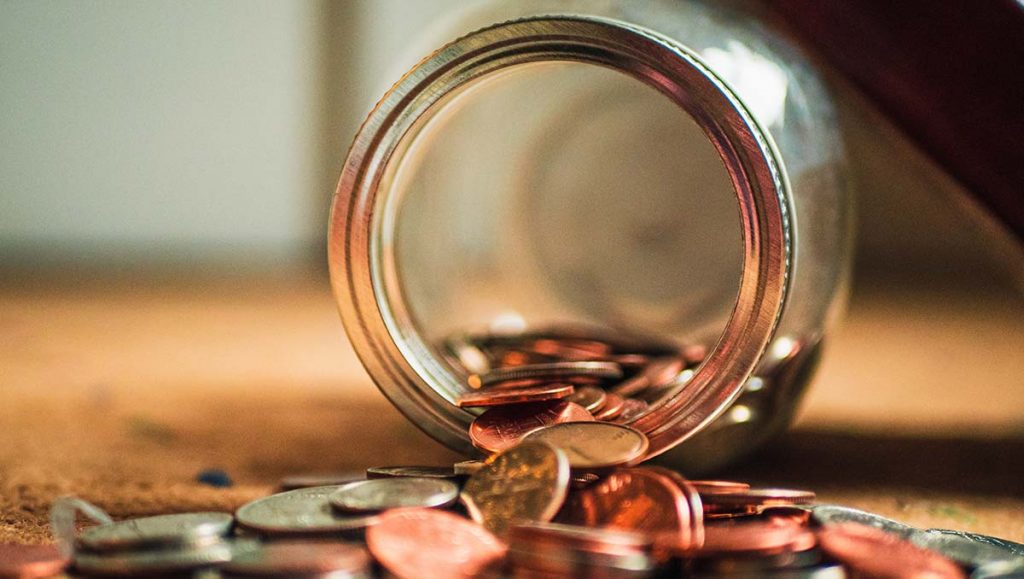